Community Lunch at the Link 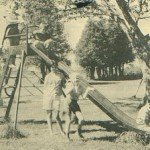 In 1966, through advocacy of families and support of local community members, and with Newmarket Association as a sponsor, a local Association was formed in Georgina. Simultaneously, a new school for 14 children with developmental disabilities was formed, and in January 1967, began in two rooms of Knox United Church in Sutton. Today, the Association now known as Community Living Georgina, provides a multitude of programs and supports to over 150 families living in the Town of Georgina.